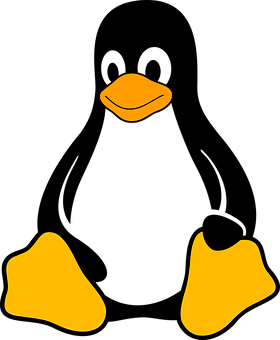 A few months ago I came to the conclusion that I really needed to replace my laptop. Anything over four years old is pretty much living on borrowed time, and my machine was about five-and-a-half and had been complaining for a while about a terrible pain in all the diodes down its left side.

But what to get?

Microsoft has always had its detractors, but it's what I'm used to: for years I've kept a-hold of Nurse for fear of finding something worse. I've stuck with Windows and MS Office through thin and thinner, partly for want of viable alternatives. But lately, a combination of factors has driven me to the point where I found it very difficult to countenance getting another Windows PC. To sum up: Microsoft want me to do computing their way; I want to do it mine.

From this it should be clear that an Apple computer would not fit the bill - a prison cell with a stylishly-polished concrete floor is still a prison cell, even if the guard doesn't need switch the lights off and on again every time they want to open the door. So that leaves Linux. Ah, Linux.

Linux. More popular than you think!

Linux is much more popular than many people realise. You may well own more than one Linux computer: if you have a router, or a smart TV, or a set-top recorder, then it probably runs Linux. This website is hosted on a Linux server. Linux has many attractive features, not least of which is that it is free: free as in speech, and free as in beer. So why doesn't everyone use Linux for everything?

Well that's a bit of a long story, but in essence the Linux desktop (as opposed to server) offering has never offered the level of 'polish' that Microsoft or Apple provide. Until now. Ish.

Ubuntu Linux has been around for a while, and is increasingly popular despite its rather quirky desktop (all the buttons are in the wrong place, inter alia). But here's the beauty of 'free as in speech': if you like the way Ubuntu works but don't like the way it looks, you are free to take a copy and change it. And that's just what someone did. So now we have Linux Mint; an operating system that works like Ubuntu but looks enough like Microsoft Windows to be familiar. So I took the plunge, bought PC with no operating system, installed Linux Mint, and... I haven't looked back.